Technology is continuously changing.  The most difficult part about today’s world is that people are always looking for the best and quickest way to connect.  Blogging has become more popular as people begin to express their own ideas and opinions about the world we all live in.  For a company, this could ultimately make or break their reputation.  This tactic of marketing also gives many smaller companies and organizations a chance to compete against the larger chains and brands.  I spoke at a convention a few months back  about technology in today’s industry and I stated that the most important part about today’s online marketing is that you own everything!  You want to make sure you think about where your audience might be and grab up as much positive press as possible.

To prove my point, here are a few stories of real life online marketing blunders:

1. When Newt Gingrich began to run for office, he overlooked that most of the world spends their time online.  Yes he was smart enough to form a web site but his team never took into account every possible domain name that might be used to find his candidacy.  Shortly after he began running, a liberal PAC picked up the domain name NewtGingrich.com.  During his campaign, every time someone went to that site, it directed them to a false page pointing out all of Newt’s failures!  Clicking on it today, it will now redirect you to shouldnewtgingrichdropout.com.

The moral of the story is be sure that if you don’t think of every avenue a competitor might go down, they will.  Even social sites like Facebook and Twitter URLs can be taken up quickly if you are not careful.  You want to own as much of the internet as possible so that your competitors can not tarnish your reputation. 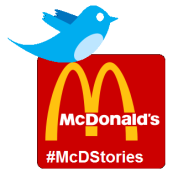 2. McDonalds has been the world’s most popular fast food chain for years.  When Tweeting became popular, McDonalds launched a tweeting campaign called #McDStories.  The goal was to trend the topic about tasteful experiences with McDonalds.  The result?  Millions of tweets came in showing images and describing short stories about how disgusting some McDonalds meals actually were.  From finding things in their food, to poor customer experiences, McDonalds immediately pulled their ads, realizing how their customers really felt about their establishments world-wide.

Be sure to think carefully about how your customers view your interactions.  If you want positive feedback on social network sites, be sure to ask your customers how they feel first, then proceed to launch a campaign accordingly. 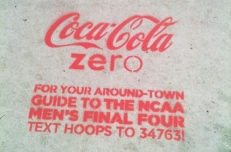 3. In March 2012, New Orleans hosted the men’s NCAA Final Four.  The event was sponsored by Coca-Cola.  As a guerilla marketing tactic, Coca-Cola sent people out around the French Quarter to chalk spray paint the sidewalks with the Coca-Cola name.  The residents became outraged at the defacing that they had received almost overnight.  As a result, the internet blew up bashing Coca-Cola for coming into their town and defacing properties with graffiti.  The company immediately sent crews out to clean the streets stating that they “miss-read” the permits.

No matter what you do in today’s society, people will be watching.  Both personal and professional actions will reflect on the brand you represent.  Be sure to watch what people say about you and make sure that you are clear that it is at least 95% positive.  Otherwise you may be looking at some of the toughest quarters for your business to come.

From Dunkin’ Donuts to Simply Dunkin’, A...

How to Develop a Value Proposition Advan...

Touchpoints that Make a Difference

3 Questions for Developing an Effective ...

Set Yourself Apart by Improving the Cust...